Alabama Rot is a condition affecting dogs which has been seen for many years in the USA, with a few reported cases in the UK since 2012. The condition causes skin lesions and, in some dogs, kidney failure. Currently the cause of the condition is unknown.

Alabama Rot, named after the location it was first seen, is correctly called cutaneous and renal glomerular vasculopathy (CRGV). This means it is a disease of small blood vessels in the skin and kidneys. In CRGV, tiny blood clots form which block blood vessels causing damage to tissues.

The signs to look out for

The primary clinical sign is one or more skin lesions. Most commonly found on the lower limbs, lesions are occasionally seen on the body, face or mouth. Lesions may be swollen, red or ulcerated and can look like any other bite or cut. It can be very difficult to tell if a skin lesion is truly an early sign of CRGV as there is no test for it; however some dogs will only ever have skin lesions and will recover quickly.

A number of dogs affected by Alabama Rot will go on to experience damage to the kidneys (known as acute kidney injury). This typically occurs within a few days of the skin lesions developing.  Dogs with kidney injury may show signs such as:

Blood tests can confirm damage to the kidneys, which often leads to rapid kidney failure. Treatment can be attempted, such as intra-venous fluid therapy and supportive care, but severe kidney damage is often fatal as the damaged tissue can’t be repaired.

CRGV can affect dogs of any age, size or breed. Cases are still rare, though those reported seem to be mostly in the winter and spring months, with fewer confirmed or suspected cases through the summer. More cases have been reported in the south of England, especially around the New Forest.

Currently the cause is unknown, although research is being done. Alabama Rot in America is thought to be caused by a toxin produced by E. coli bacteria; however UK vets have been unable to prove this theory. There is a suggestion that the disease could be contracted from muddy woodland.  This hasn’t been proven, but it’s advisable to wash woodland mud off your dog’s legs and feet after each walk.

Although it is a very serious condition, Alabama rot remains an extremely rare disease, with less than 60 cases being confirmed between 2012 and 2015. If you have any concerns about your dog’s health, please consult your local vet.

As a mark of respect to Queen Elizabeth II, except for essential work we will be closed on Monday 19th September 2022. If you are concerned about your animal’s health or require an emergency call-out on the 19th, please call the usual number where you will be connected to our vet on call.

We are using cookies to give you the best experience on our website. Find out more about which cookies we are using or switch them off in settings. 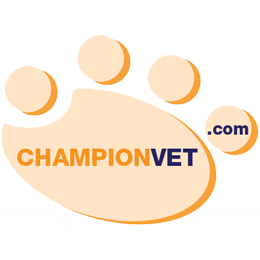 Our website uses cookies to distinguish you from other users of our website. This enables us to provide you with a good experience when you browse our website and also allows us to improve our site.

You can find out more on our cookie page at any time.

If you disable this cookie, we will not be able to save your preferences. This means that every time you visit this website you will need to enable or disable cookies again.

This website uses Google Analytics to collect anonymous information such as the number of visitors to the site, and the most popular pages. Keeping this cookie enabled helps us to improve our website.

Please enable Strictly Necessary Cookies first so that we can save your preferences!